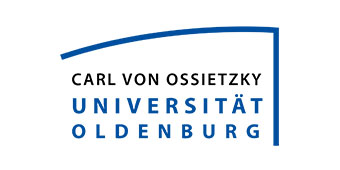 Carl von Ossietzky University of Oldenburg, Institute for Chemistry and Biology of the Marine Environment (UOL)
Germany   Visit Website
The Carl von Ossietzky University of Oldenburg (UOL) is a regional centre of science and research in Germany’s Northwest region. With its six faculties and 26 institutes, over 100 full-time and part-time study programs, more than 16,000 students and more than 2,500 employees it has set itself the goal of combining and enhancing scientific excellence and first-rate teaching. The development of the excellent research performance of UOL has started to attract the Max-Planck, Helmholtz, Leibniz and Fraunhofer Associations, which have established research groups and junior researcher groups in Oldenburg. This development is accompanied by the settlement of larger industry financed research centres, which strengthen a permanently growing network between fundamental researchers and applied scientists. The Institute for Chemistry and Biology of the Marine Environment (UOL) is an interdisciplinary research institute, dealing with fundamental and applied issues in marine and environmental research. The UOL aims at understanding the value of marine environmental systems through close cooperation of the various scientific disciplines (chemistry, biology, physics, modelling) of its research groups. The research focuses on marine biogeochemical cycles and energy fluxes in the water and sediment and at the boundary layers between habitats and water masses as well as the functional role of marine biodiversity.